Land Rover has taken the wraps off the Defender 130, the SUV’s third bodystyle that gets seating options of upto eight. The new Defender 130 will sit above the Defender 110 and the Defender 90 globally, with the latter two already on sale in India.

The Land Rover Defender is once again available in three bodystyles, as the 4×4’s line-up has been crowned with the longer, eight-seat 130 variant. Land Rover bosses promised right from the start that despite its overtly upmarket focus than the utilitarian original, the second-generation Defender would be given a similar flexibility of purpose, courtesy of the same three-pronged model line-up: 90, 110 and 130.

The Defender 130 adds 340mm of extra length behind the rear axle rather than between the wheels as was the case for its predecessor. As a result, it is identical to the mid-sized 110 ahead of the C-pillar. Measuring 5,358mm long overall, it is primed to take on the largest luxury SUVs on sale and is slightly longer than the BMW X7 and Mercedes-Benz G-Class. 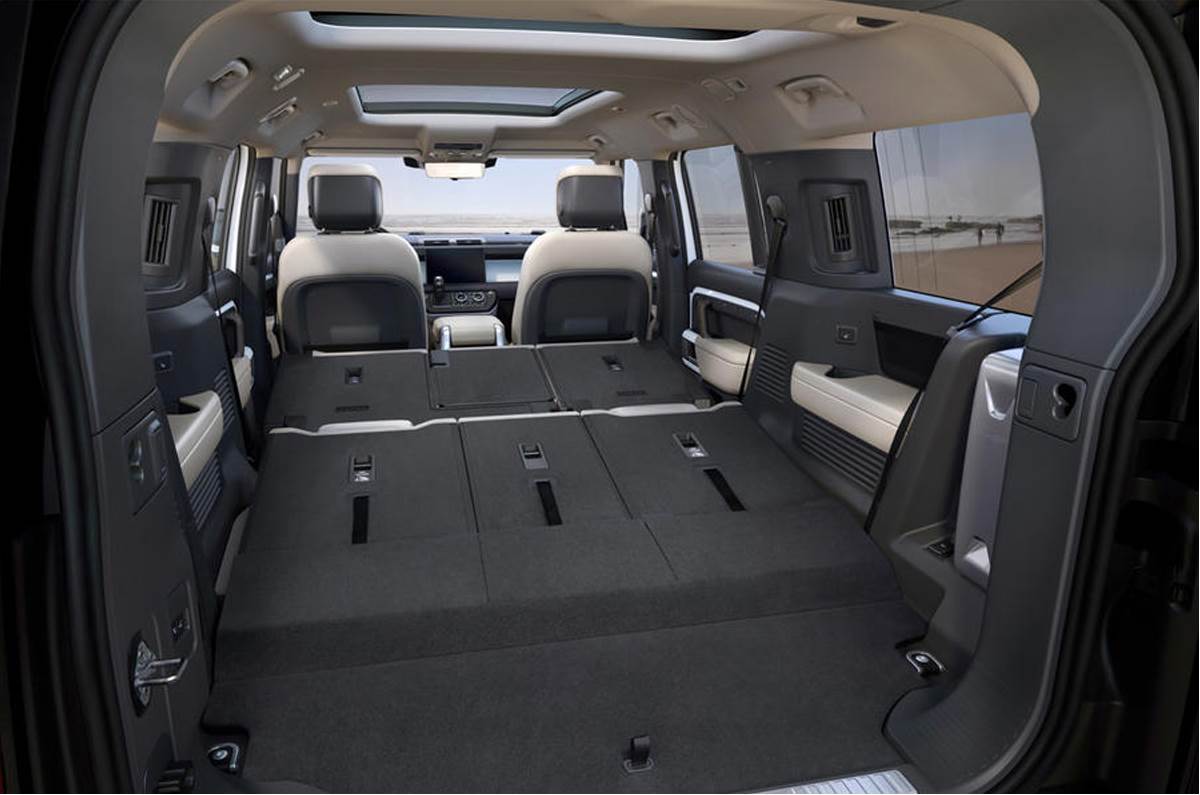 The extra length makes for a huge, 2,516-litre load space with the two rows of back seats folded. That’s 953 litres more than offered by the 110 in the same configuration. But more significant than that, it accommodates a new two-three-three seating layout as an option, which makes the Defender the only mainstream SUV in Europe capable of carrying more than seven occupants.

The three rows in the eight-seat car are arranged in a ‘stadium’ format – whereby the middle and rearmost are slightly elevated – to enhance forward visibility. Land Rover says access to the rear seats is “effortless”, courtesy of a sliding and folding middle row, and three adults can travel in comfort in the back with “generous head room”, heated seats, padded armrests, storage cubbies and USB-C ports. There is a second panoramic sunroof at the back of the car, too, so the interior is “light and airy for everyone”, and four-zone air conditioning can be equipped as an option.

As with the range-topping V8 versions of the 90 and 110, the 130 comes as standard with the largest, 11.4-inch curved touchscreen in Land Rover’s portfolio, running the latest generation of the firm’s Pivi Pro software. The 130 can be had with a choice of new interior trim options, including chrome air vents and seat switches, oak veneer and tan leather seats. 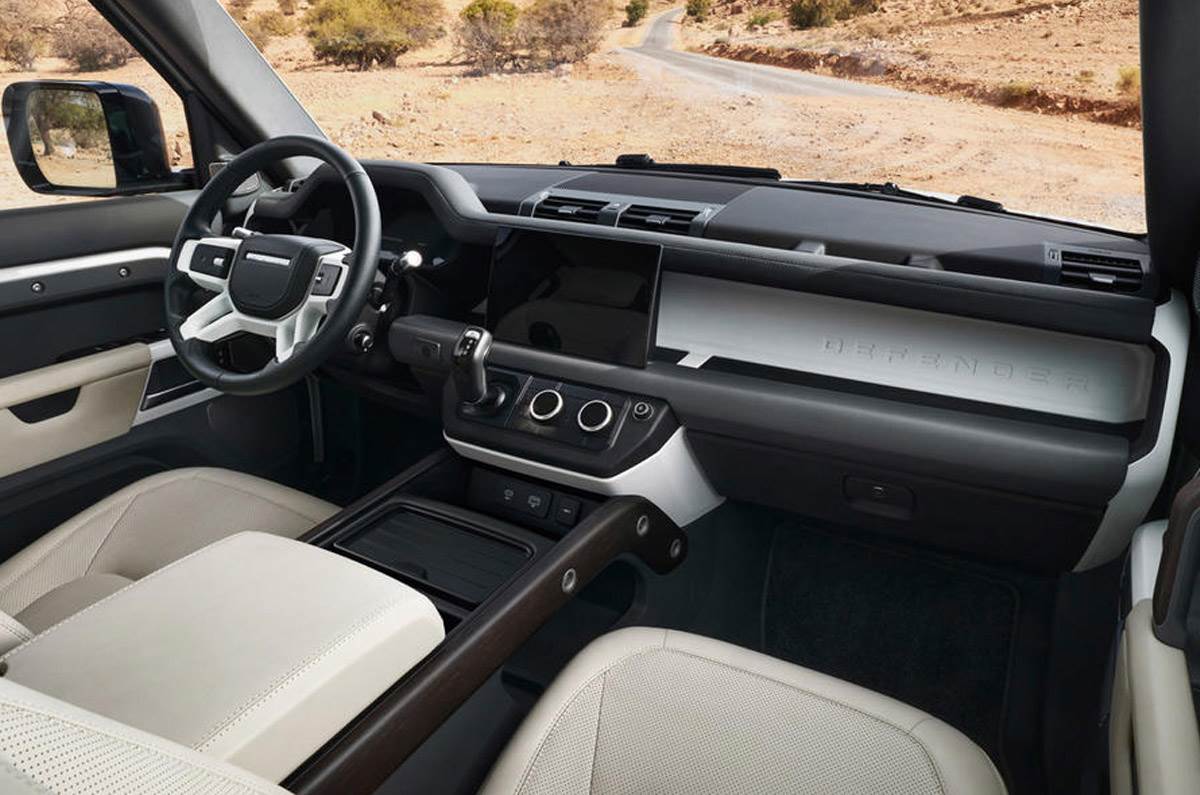 It is available in a choice of five trims from launch: SE, HSE, X-Dynamic, X and limited-run First Edition – the last of which is offered in three “carefully curated” bespoke colour combinations and comes with the bulk of the option boxes ticked.

All variants are equipped with adaptive air suspension, giving up to 430mm of articulation and, in its highest setting, a wading depth of 900mm. Land Rover points out that because it has crafted a “subtle boat-tail uplift” of the lower body behind the rear wheels to make room for the extra space, the 130 has a departure angle of 28.5deg – lower than the 110’s 40deg but still competitive against its luxury off-roading rivals. 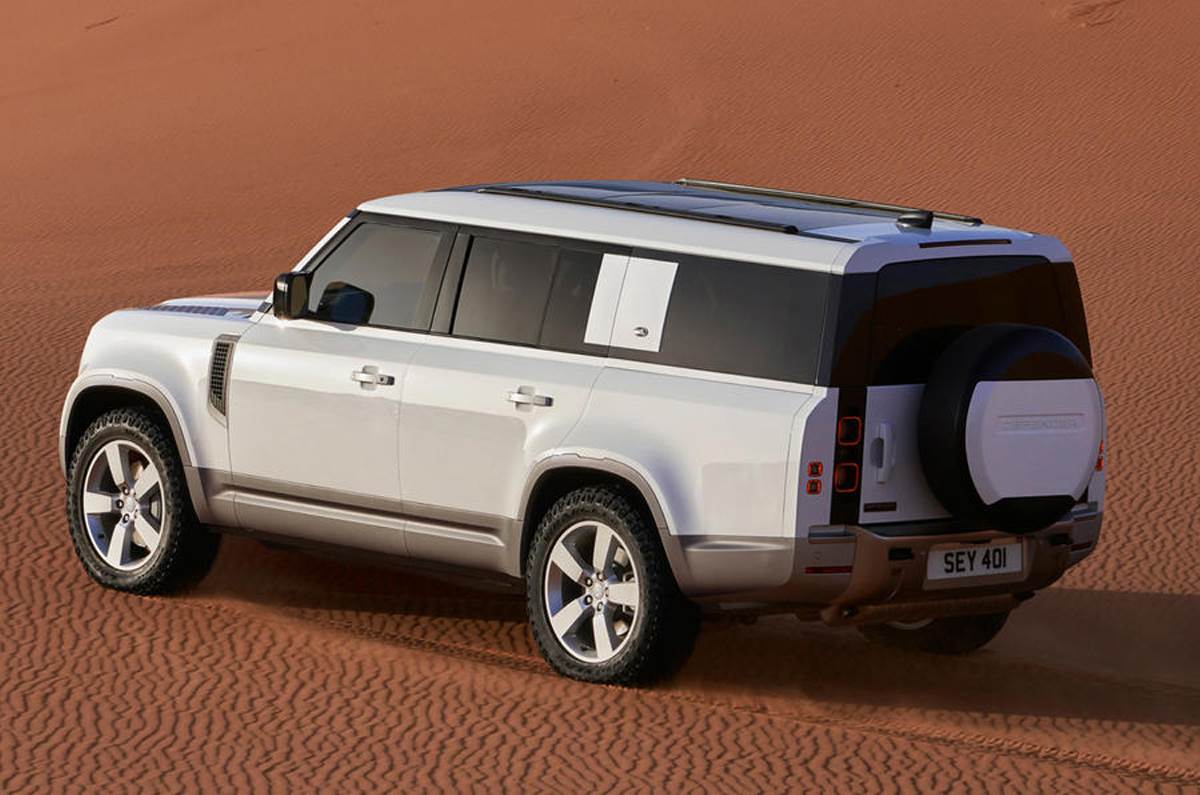 Buyers get a choice of three mild-hybridised powertrains, familiar from the shorter Defender models and each paired with an 8-speed ZF automatic gearbox. The P300 petrol straight six opens the line-up with 300hp and 470Nm, while the P400 brings hikes of 100hp and 80Nm and also cuts the 0-100kph sprint from 8.0sec to 6.6sec. Diesel power comes in the form of the 300hp, 650Nm D300 straight six, which covers the 0-100kph sprint in 7.5sec. There is no word yet on additional powertrain derivatives, but the 90 and 110 are each available with plug-in hybrid and performance-oriented V8 options.

Land Rover Defender 130: will it make it to India?

While there is no official confirmation, going by Land Rover’s strategy of introducing almost every model in India, we expect the new Defender 130 to make it to our shores in future. The brand has already announced pricing for the all-new Range Rover and the Range Rover Sport for our market, and deliveries are expected to begin later this year.

Among the 90, 110 and 130, which is your favorite model in the Defender range? Let us know in the comments below.