Teasers suggest that the new Mahindra SUV will blend the Thar’s ruggedness with the XUV700’s sophistication.

With its recently revealed Scorpio-N, Mahindra has added another body-on-frame SUV to its portfolio, which already consists of the Thar, Bolero, Bolero Neo and Alturas G4. However, Mahindra will continue to sell the current Scorpio in a handful of trims, and a small facelift, rebadged as the Scorpio Classic, which suggests that the new Scorpio N will be positioned a bit higher.

Moreover, the old Scorpio served as a bridge between the old Thar and the XUV500, and this new model will likely do the same. The Thar moved upmarket in its second generation, and the XUV700 has advanced considerably from its predecessor, the XUV500, and with both those SUVs traditionally flanking the Scorpio in the line-up, it’s only fitting that the new Scorpio moves up a bit too.

Mahindra may have started out as a maker of utility vehicles, but in the last two decades – starting with the original Scorpio in 2002, in fact – its line-up has gotten far more sophisticated. Not the first-generation Thar, however. Designed as a recreational off-roader for serious 4×4 enthusiasts, it remained utilitarian by design, with its basic interior, solitary diesel-manual powertrain option, a dearth of creature comforts (though some were added towards the end of its life), and uncomfortable leaf-spring rear suspension. It was, however, unstoppable off-road, and this gained it a sizable fan following.

Things changed with the new 2020 Thar, which was given modern features like a touchscreen, independent front suspension, coil-spring rear suspension, powerful and sophisticated turbo-petrol and diesel engines, and automatic gearboxes. This made it far more appealing as a daily driver for on-road use, but it didn’t lose sight of its off-road ability. It retained its manual 4×4 system with low range, and aggressive approach, departure and break over angles.

At the opposite end of the spectrum, the XUV500 was by far Mahindra’s most advanced vehicle ever when it was launched in 2011. It was the brand’s first in-house-developed monocoque SUV geared more for on-road use, with a front-wheel-drive powertrain and AWD available as an option. It had radical styling inside and out, it came with a knockout price and seven seats, and features from segments above it. There were some teething issues initially, but unsurprisingly, it too was a massive hit.

Its successor, the XUV700, had its work cut out, but still managed to take things forward in a meaningful way. A more grown-up design, greater refinement, better build quality, a cleaner interior, new-gen powertrains, and, once again, segment-beating features and technology. Chief among these are the new AdrenoX infotainment system consisting of two large screens, and the inclusion of sensor-based ADAS safety tech.

Mahindra Scorpio-N to take on ‘the D segment’

The new Scorpio N, which will be launched on June 27, will no doubt have to walk a fine line. Not only will it have to have some of the toughness of the go-anywhere Thar, but it is most likely to adopt most, if not all, of the tech from the XUV700. While there will be 4×4 on higher variants of the Scorpio-N, don’t expect the low-range gearbox to feature. You will, however, get the inherent toughness and ground clearance of the ladder frame chassis shared with the Thar, as well as the chunky looks and tall driving position Scorpio fans have come to expect.

As for punching upwards, the Scorpio-N will get a new, thoroughly modern interior with faux leather and higher-quality materials all round. The interior design, much like the already-revealed exterior, will have a soft sophistication to it, and not be as utilitarian as before. As for the features, there will be a new touchscreen that’s likely to feature connected car tech as well as Apple CarPlay and Android Auto. Mahindra, however, will likely draw the line before ADAS tech and a digital dials screen. And yes, it too will share its 2.0-litre mStallion turbo-petrol and 2.2-litre mHawk turbo diesel engines with the XUV700 and Thar, along with the latter’s auto gearboxes.

A more interesting point to note is that the promotional material for the Scorpio-N states that it will be targeting ‘the D segment’, which is widely perceived to be the large, ladder-frame SUV segment currently populated by the Toyota Fortuner, MG Gloster and Mahindra’s own Alturas G4. Yes, Mahindra still lists the rebadged SsangYong SUV as being on sale, but it’s at the end of its life cycle, and with Mahindra having let go of the SsangYong brand, it will not get a direct replacement. 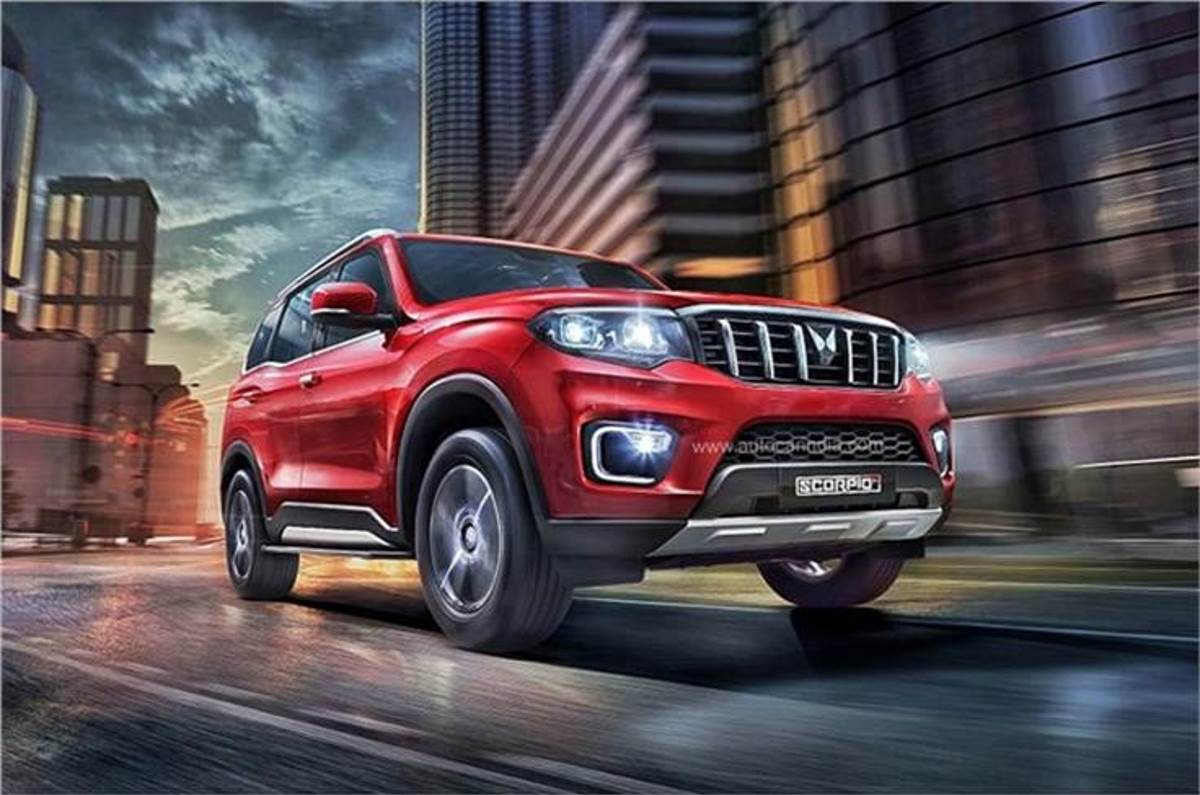 This is where the Scorpio N’s move upmarket will help Mahindra make up for the departure of its slow-selling large SUV. The new Scorpio’s larger size promises greater interior room, the new-gen ladder chassis should give it a reasonably comfortable ride quality, and some appointments borrowed from the XUV700 should give it the necessary upmarket feel.

So, in addition to just being a bridge between the two existing models, the new Mahindra Scorpio will have to reach further upward as well. It’s unlikely to be priced and positioned above the XUV700 (Rs 13.18 lakh-24.58 lakh, ex showroom), but somewhere within its price tag, and we estimate that range to be around Rs 15 lakh-22 lakh; the Scorpio Classic has to fit in somewhere too, after all.

Complicating matters further down the line will be the upcoming 5-door Thar, which too will have to fit somewhere in the midst of all this. Whichever way you look at it, fans of Mahindra SUVs have never had more options.

Would the new Scorpio N lure you away from buying an XUV700 or a Thar? Let us know in the comments below.