The first fully electric ADV tourer from an electric OEM, the Experia claims a combined range of 256km on a single charge.

By any normal measure, 101hp (peak) and 115Nm isn’t insignificant. But compared to the stratospheric numbers of Energica’s previous models – the Ego superbike, the Eva Ribelle streetfighter and the EsseEsse9 roadster – which had anywhere between 109hp to 171hp and between 201Nm to 216Nm, it is decidedly tamer in comparison. 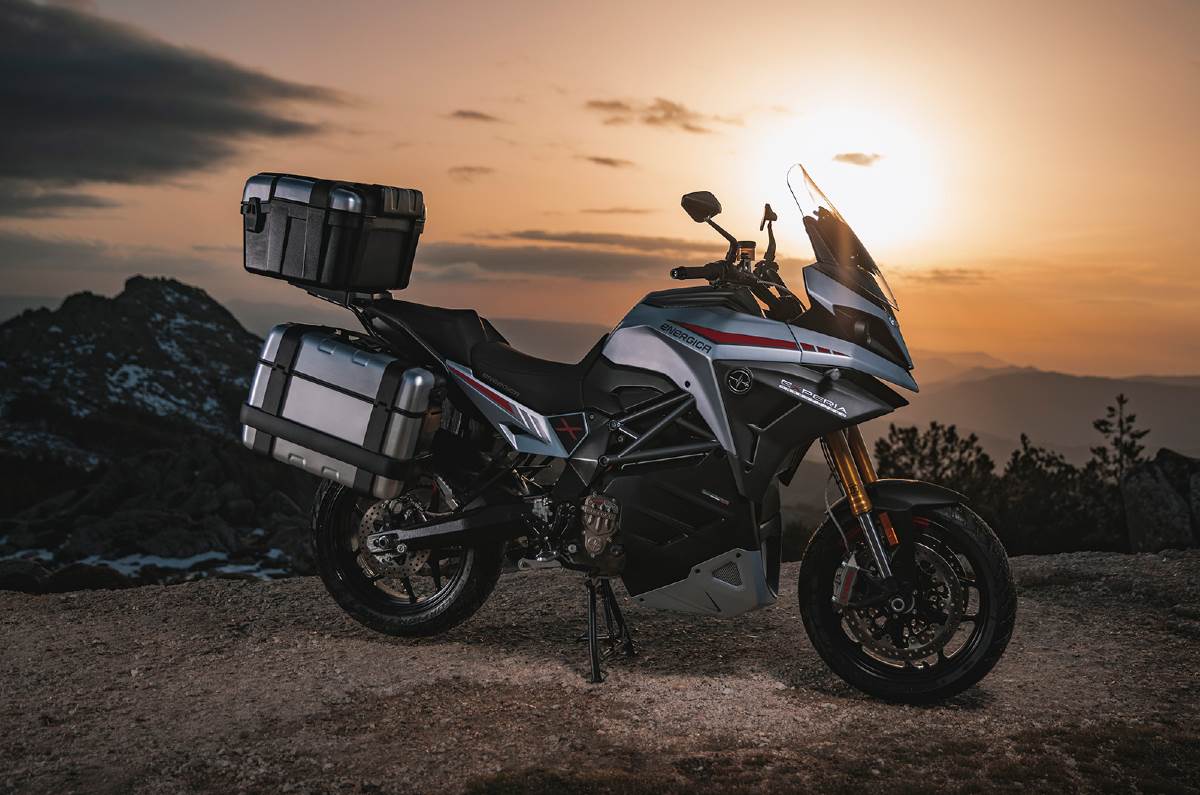 The motor powering the Experia is an all-new unit – the EMCE PMASRM (if that wasn’t mouthful enough, the full name is Energica Marvel Co-Engineering Permanent Magnet Assisted Synchronous Reluctance Motor). This motor is lighter by 10kg over the previous generation EMCE motor. It’s compact, which allows it to be slotted lower into the chassis while also improving thermal efficiency.

The motor also features a counter rotating crankshaft not unlike modern superbikes like the Ducati V4 range and the MV Agusta 800cc line-up as well as most machines that line up on the modern MotoGP grid, which helps in reducing inertia.

The battery that supplies energy to this new motor is a lithium polymer unit that Energica claims gives greater power density while contributing to mass centralisation. The battery capacity is rated at 22.5kWh (maximum) and 19.6kWh (nominal). Charging times are reduced drastically if a 24kW DC fast charger is used, taking the battery to 80 percent in a claimed 40 minutes. There are also options to charge them at conventional 240V (Level 2) and 120V (Level 1) charging points, which will understandably increase the charging time frame.

The Experia has a claimed range of 245km (combined) and it increases significantly to 417km in urban areas. Energica says that even while riding spiritedly, the range will be 208km. 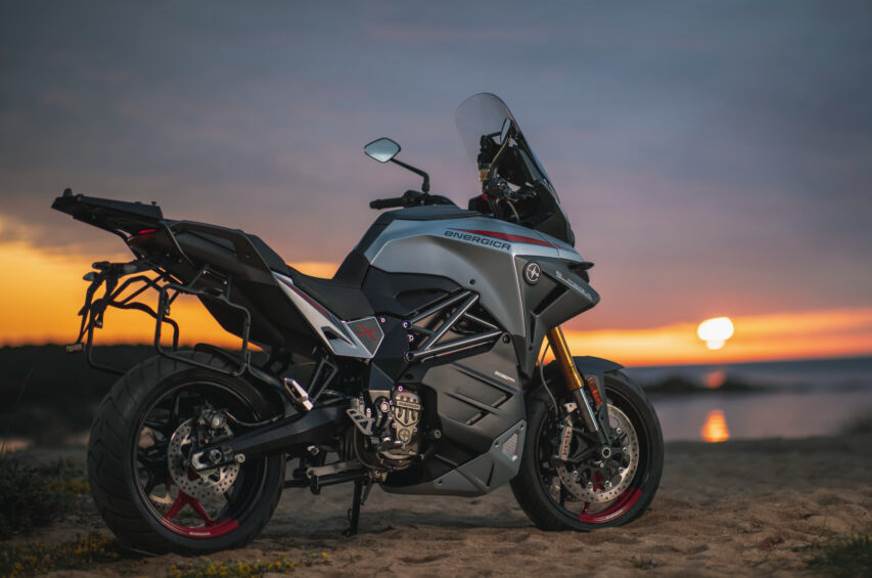 The Experia debuts a completely new chassis combining a trellis-style front section with cast alloy elements surrounding the swingarm pivot. Suspension is supplied by Sachs with a fully adjustable 43mm fork at the front and a rear shock adjustable for rebound and preload, both having an identical 150mm of travel. Interestingly, other Energica models use Marzocchi forks and Bitubo shocks, so this is another departure from existing Energica models. The 17-inch cast alloy wheels shod with Pirelli Scorpion Trail 2 rubber further reinforce the idea that this is a road-biased touring machine rather than a no-holds-barred dirt explorer.

Braking hardware is supplied by Brembo with dual 330mm discs up front clamped down upon by radially mounted monobloc calipers and a single 240mm disc at the rear, backed up by cornering ABS from Bosch. In addition, a regenerative braking system with four modes – high, medium, low and off – is offered, which also feeds some power back to the battery while slowing the vehicle down.

The Experia comes with a six-level traction control system as standard with seven different rider modes. Four are preset from the factory – Eco, Urban, Rain and Sport – and three are fully customisable by the rider. Cruise control comes as standard which controls not only the throttle but also the regenerative braking system to maintain the rider’s preset pace.

Included as standard are two USB ports near the TFT display and two others in the waterproof storage compartment on top of the tank. The launch edition gets the 112-litre hard luggage as well as heated grips as standard, which will be extras on the standard version in the future. Energica has also said the list of optional accessories will grow in the future.

Would you like to see the Experia as well as other Energica models in India? Let us know in the comments below.