The S 1000 R is now equipped with a tyre pressure monitor and new colour options.

BMW Motorrad has updated its S 1000 R superbike by giving it some minor tech upgrades and new colour schemes. Currently revealed in international markets, expect the updated motorcycle to make it to India as well in due course.

In terms of the tech, BMW has now added the RDC system or real-time tyre pressure monitoring system as part of the Premium Package on the S 1000 R. Furthermore, riders will now be able to turn off the comfort turn indicators or self-cancelling indicators on the S 1000 R via the instrument cluster.

As for the colour schemes, BMW has replaced the Racing Red shade with a new Black Storm Metallic shade with white ‘S 1000 R’ lettering on the tank shrouds. Moreover, S 1000 Rs with the Style Sport package will now be finished in Bluestone Metallic and Black Storm colours, replacing the Hockenheim Silver Metallic paint of the outgoing model. However, the M Motorsport colour scheme remains the same as before, with a Light White base paint and Light Blue, Dark Blue and Red coloured details. 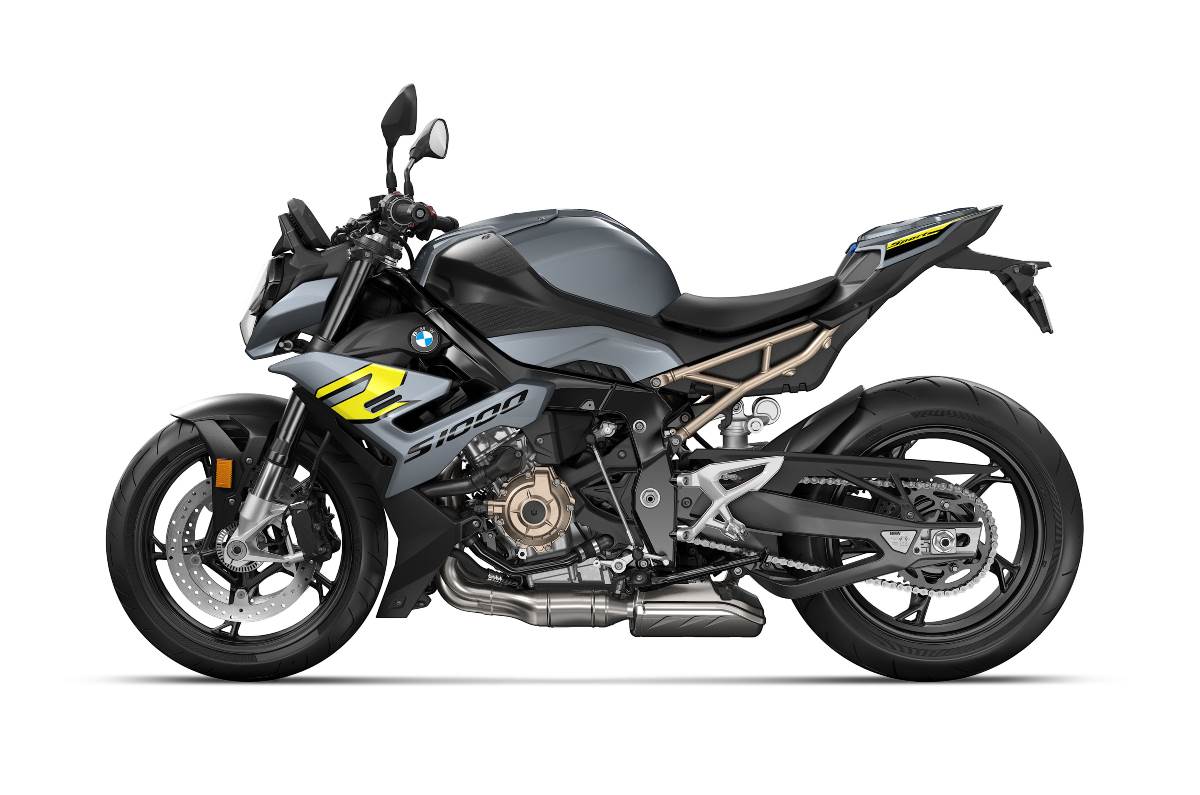 Mechanically, the BMW S 1000 R remains unchanged. As such, it’s powered by a 999cc, in-line four-cylinder engine that puts out 165hp at 11,000rpm and 114Nm at 9,250rpm. In terms of rivals, the BMW S 1000 R competes with the likes of the Ducati Streetfighter V4 and the Aprilia Tuono V4. The S 1000 R is currently priced from Rs 18.30 lakh for the standard version up to Rs 22.50 lakh for the Pro M sport version (ex-showroom, India). Given the minor updates on offer, expect the refreshed BMW S 1000 R to cost slightly more than the outgoing version.

Would you pick the updated BMW S 1000 R over the Ducati Streetfighter V4? Let us know in the comments section.