https://www.cartoq.com/great-khali-clashes-with-a-toll-operator-allegedly-slaps-him-video/
Toll plazas across India see a lot of clashes because the people demanding for a free pass. While there are many genuine people who do get a free pass, many others simply throw their weight around and try to save money. Former WWE wrestler Khali, who is known as Dalip Kumar was caught on camera clashing with toll operators.

The incident happened at Ladhowal on Panipat-Jalandhar national highway on Monday. The former wrestler was travelling in his Toyota Fortuner to Karnal via Ludhiana. You can hear the toll plaza operator in the video footage that has surfaced online. The operator is alleging that the wrestler slapped one of his colleagues.

Khali was initially inside the vehicle and he asks the toll staff to open the barrier so that the Fortuner can cross. Khali keeps on insisting and the argument heats up. One of the staff members says “we would trash you” in Punjabi.

Later a police officer comes to intervene and stop the argument. The toll operators also warn the former wrestler to stay within his limits and note down the registration number of his vehicle.

Khali says he was forced for pictures 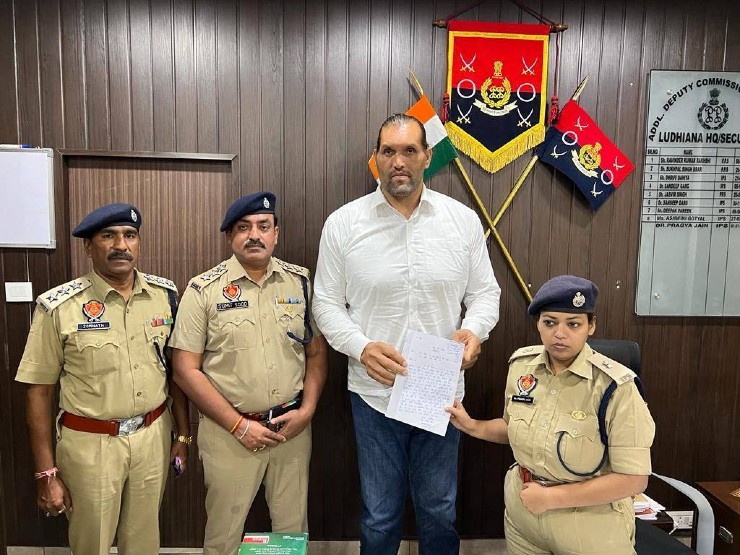 The former wrestler spoke to Indian Express and said that the argument started when the toll plaza staff “forced” him to get pictures clicked.

“They cannot force or blackmail me to get photos clicked. I wouldn’t have denied had they requested politely but they were rude. They said they won’t let me cross the toll till I won’t let them click photos with all of them. When I refused to pose with them, they started blackmailing and misbehaving. They also hurled abuses on me,”

He also denied the allegations and said that he is a celebrity and cannot slap anyone. Khali also submitted a written complaint to the Ludhiana police station and said that he is planning to take action against the toll plaza staff. The former wrestler also agrees that he crossed the toll plaza without making any payment. He said, “Why would I pay when their staff misbehaved with me to such an extent”. Khali is associated with the BJP Punjab party and joined them before the Punjab assembly polls.