Revealed in Korea, the retro-styled, hydrogen-powered sportscar pays homage to the 1974 Hyundai Pony, which was designed by Giorgetto Giugiaro.

The Hyundai N Vision 74 explores hydrogen fuel cell tech rather than battery power and highlights a lesser-known part of Hyundai’s history. Design boss SangYup Lee recounted that the concept’s genesis was a fortuitous coming together of projects. The engineering team sought to trial a high-performance hydrogen powertrain and wanted to clothe the engineering prototype in an attention-grabbing body. This turned out to be the perfect opportunity to realise slumbering plans for a homage to the 1974 Hyundai Pony Coupé, which had been designed by Italdesign’s Giorgetto Giugiaro.

The N Vision 74 is powered by two rear-mounted electric motors that together make just over 679hp. These are fed by a 62.4kWh battery that can be charged on the go by a 95kW hydrogen fuel cell. The large battery can be rapidly charged like in any BEV and the 4.2kg hydrogen tank can be refilled in just five minutes, yielding a total range of more than 595km.

Thanks to the two motors, the car is capable of active torque-vectoring. The concept also explores ways of keeping the mechanicals cool, with separate coolant channels for the battery, fuel cell and motors controlled by a central system.

While the mechanicals look to the future, the design honours the past. The 1970 Pony was designed by Giugiaro as Hyundai’s first bespoke car. To add some cachet to the then-new brand, a sporty coupé version was commissioned and appeared on the 1974 Turin motor show. However, Hyundai couldn’t make a case for producing it at that time, so the project was abandoned and the sole prototype was destroyed. 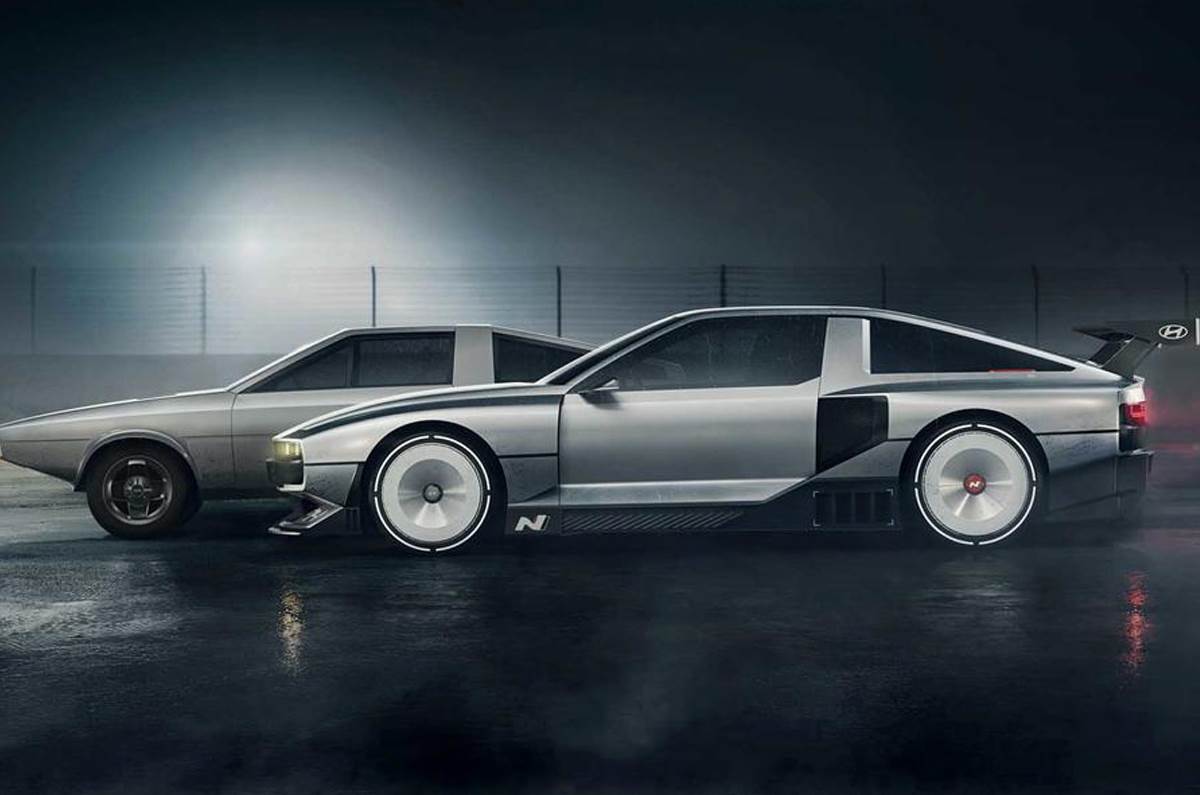 More recently, technical drawings from 1977 for the coupé resurfaced, showing that the project actually lived on for longer than previously thought. For the N Vision 74, Lee and his team decided to revive the design.

Although it’s not nominally an Ioniq model, the concept does tie in with the current and future Ioniq EVs through its design language. The Hyundai Ioniq 5 took inspiration from the standard 5-door Pony, while the N Vision 74 takes it into more radical territory. The light signature uses the pixel lights typical of the Ioniq 5 and Ioniq 6 at both the front and the rear. 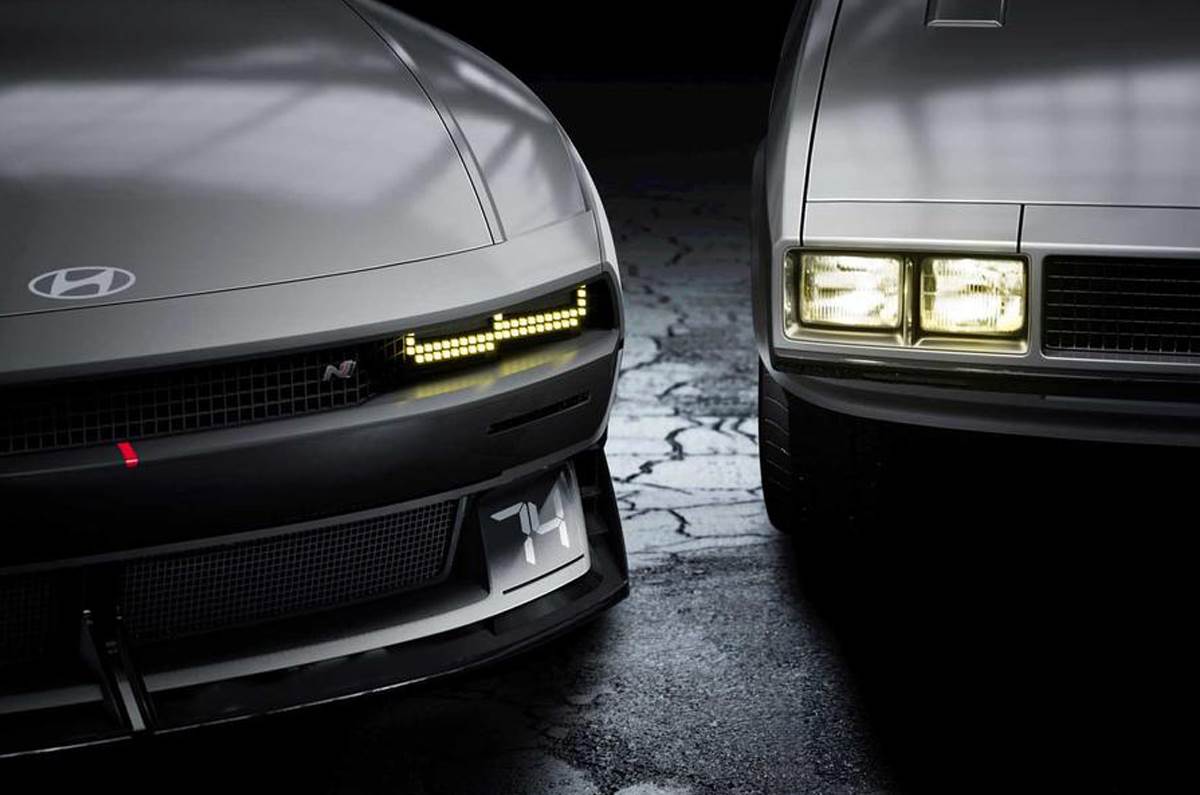 The concept thus fits in with Hyundai’s vision of treating its range as chess pieces, rather than Russian dolls, where all models serve distinct roles in a system without necessarily looking similar. According to the designers, the N Vision 74 serves as the king, as a halo model, and as a statement of intent from Hyundai that its future models needn’t all be sedans or SUVs.

Hyundai N Vision 74: Will it go into production?

Although a production model is far from guaranteed, our sister publication Autocar UK understands that a small special-series production may be.

The all-new Tucson will see a launch next month and Hyundai is readying a market introduction for the Ioniq 5 EV thereafter for the Indian market.

Hyundai to locally assemble Ioniq 5 EV for sale in India