https://www.cartoq.com/maruti-suzuki-grand-vitara-allgrip-all-wheel-drive-system-teased/
Maruti Suzuki has put out a teaser showing the AllGrip all wheel drive (AWD) system that will be offered with the upcoming Grand Vitara mid-size SUV. The Grand Vitara will be sold through Maruti Suzuki’s NEXA dealership chain, and pre-bookings are already open. The official unveil is slated for 20th July, 2022, following which a price announcement is expected to happen sometime in August 2022. Actual deliveries of the SUV will commence sometime from August. The Grand Vitara replaces the S-Cross is Maruti’s NEXA line-up, and will be the new flagship offering from India’s largest car maker.

Meanwhile, there’s another engine that will be offered: a 1.5 liter strong hybrid petrol paired with an electric motor. This engine will get a CVT automatic gearbox with 5 stepped shifts, and will drive the front wheels of the new SUV. The strong hybrid engine will be offered on the higher trims of the Grand Vitara, and is meant to be Maruti Suzuki’s counter to diesel-automatic compact SUV variants offered on the Hyundai Creta and the Kia Seltos. 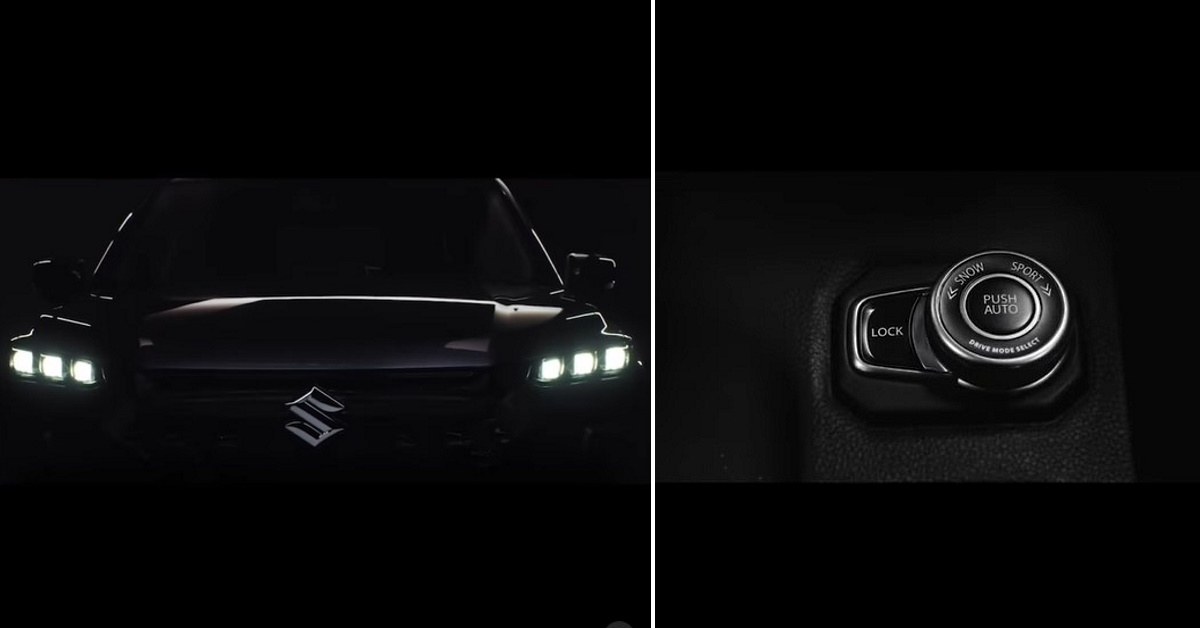 Maruti Suzuki and Toyota are collaborating in India, and the Grand Vitara is one of the many new vehicles from this partnership. In fact, Toyota will build the Grand Vitara at its Bidadi factory off Bangalore, alongside the Hyryder. Unveiled a couple of weeks ago, the Hyryder is Toyota’s version of the Grand Vitara, and the Toyota SUV has styling distinct from that of the Maruti-badged SUV. However, features, powertrains and overall shape of both the SUVs will be very similar thanks to intense parts sharing.

Talking of features, the new Maruti Suzuki Grand Vitara will be one of the most feature-rich cars sold by the automaker in India. Features such as a panoramic sunroof. ventilated art-leather seats, 360 degree camera, art leather seats, 6 airbags, ABS, EBD, traction control, hill hold assist, ESP, connected car technology, touchscreen infotainment unit and head-up display will be offered on the top-end trims. A very competitive starting price of Rs. 9.6 lakh for the base mild hybrid variant of the Grand Vitara could just set the cat among the pigeons.