https://www.cartoq.com/two-ola-s1-pro-electric-scooter-owners-get-300-km-range-on-a-single-charge/
Ola Electric scooters are always in the news. There are several positive and negative opinions circulating about various aspects of the scooter. As part of its marketing strategy, Ola Electric announced that they will be giving away 10 more S1 Pro electric scooters to the customers that are able to cross 200 km riding range on a single charge. He even gifted some scooters to customers who achieved the 200 km mark on a single charge. It looks like, the customers have now taken things to the next level and are coming up with claims of achieving 300 km range from the scooter on a single charge.

Now after achieving 300 kms in just one charge
I realised how easy its to get 200+
On #olaS1pro
Anyone can get it,
I can get 200+ kms anytime
That 24 hrs reset timeline was a huge pressure
By God grace I just achieved 20-30 second before 12:00am pic.twitter.com/ZA1QwmnaQt

Two such customers have shared there details of their Ola S1 Pro scooter on which they managed to achieve 300+ km range. That too on a single charge. First Ola S1 pro electric scooter owner is Satendra Yadav. The owner shared image of the fully digital instrument cluster on Twitter. The display shows that the scooter has covered 300 km and 5 percent of the battery is still left. The average speed of the rider for this experiment was 20 kmph and his top speed was only 38 kmph. 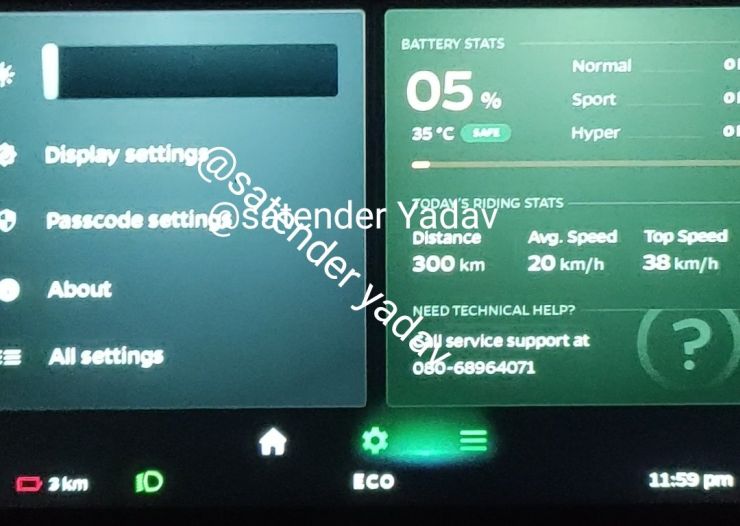 The riding stats on the display resets everyday so, it was actually challenge for the rider to cover 300 kmph before midnight. He mentions it in the tweet that, he managed to get the image clicked seconds before 12 am. The time is also visible on the display.  The tweet does not mentions how the rider managed to achieve this feat.

Next Ola S1  Pro  owner is Jigar Bharda who managed to achieve 303 km on a single charge in the scooter. He has put the developments of this experiment in a much more detailed manner. He started the ride at 1.00 am in the morning with 100 percent charge. 12.11 pm he updates that the non-stop rain, cool weather and cruise control has helped him in achieving a good range. He had covered 185 km in Normal and 64 percent of the battery was still left. He also mentions that he rarely used brakes and utilised regen most of the time. He was also not using Bluetooth and the brightness of the screen was also very low. All these things drain energy which affects the range. At 6.27 Pm, he managed to finish his 17 hr long drive with 4 percent charge remaining. He even switched between the drive modes during the experiment. 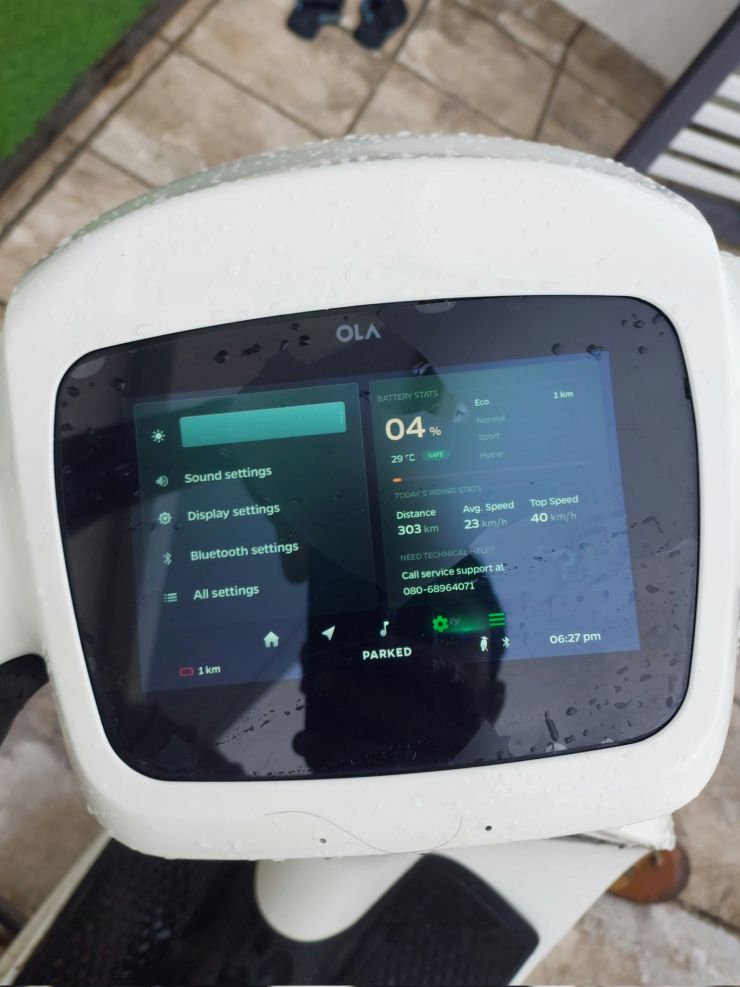 The Ola S1 Pro electric scooter has a claimed range of 180 km and here we have customers who have managed over 300 km. Ola Electric’s CEO, Bhavish Aggarwal has not responded to the tweets yet. He is definitely going to be a lot more happy than he was when people achieved the 200 kmph mark. After electric scooter, Ola is now working on electric cars. They shared number of teaser images of the concept of their upcoming electric cars. Ola has shared three teaser which hints that the manufacturer is working on multiple models. More details regarding the electric car are currently not available. It will be shared in the future as the work progresses.