https://www.cartoq.com/youth-rides-shirtless-in-sarayu-river-of-ayodhya-arrested/
Localities of Ayodhya City in Uttar Pradesh got miffed after a youngster rode a motorcycle in the river. The video, which has now become viral on the Internet shows a youngster riding a motorcycle through the river. The video became viral on social media and the police issued a challan after they saw the video.

The video of the person riding through the river became viral on the Internet. Ayodhya Police took cognizance of the matter and issued an e-challan to the person. The Ayodhya Police issued the challan for riding the motorcycle without a shirt inside the river. 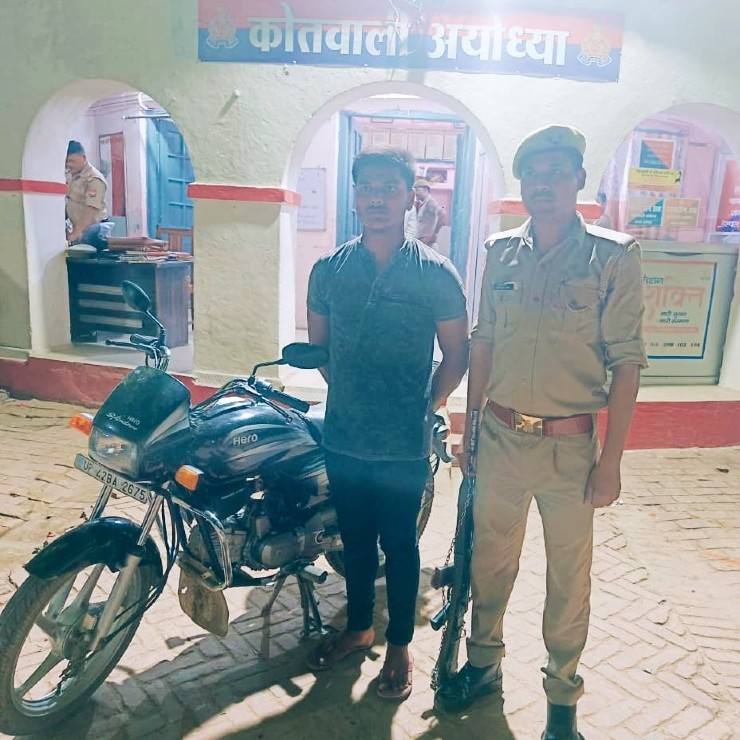 Sarayu River in Ayodhya is a holy river and many tourists across the country travel to the city for a holy dip in the river. The police have started sending challans online so they do not need any physical presence at the time of the incident. A small clip of the violation or even CCTV footage is enough evidence for the cops to book you.

Most state police departments across India have started issuing e-challans in India. This is because e-challans are much more effective and efficient. E-Challans are currently being promoted since the cops put a lot of effort to stop the vehicles to issue a challan. In the past, many cops have gotten injured trying to stop vehicles. Several incidents also show car drivers not stopping even after cops wave them down. In a few cases, cars have crashed into police officials and have even carried them for a long distance.

Cops now use devices to click the picture of an offence like illegal parking or zebra crossing violation. The fine is then automatically sent to the registered mobile number of the offender. Cops have even started using speed-detecting cameras that sense the speed and automatically send the challan to the offender directly. Other than that, many forces have started using automated speed detecting cameras too. With the rising strictness on the road, it is likely that more people will start to follow the traffic rules in the future.