The line-up includes a naked, a sportbike, a cafe racer and two ADV tourers and all will be powered by the same 348cc engine.

Chinese brand Zontes has announced that it will bring five products to the Indian market – 350R naked, 350X sportbike, GK350 cafe racer and, the 350T and 350T ADV tourers. All bikes will share a major portion of their underpinnings. 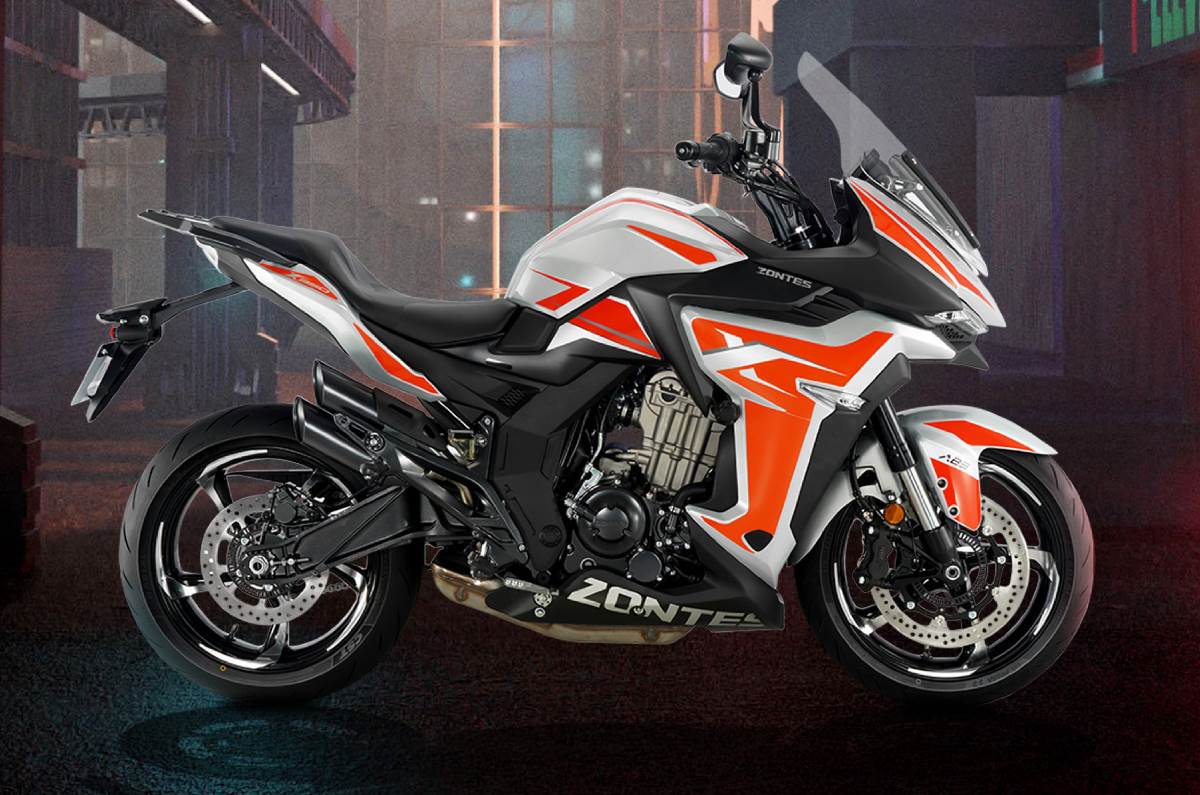 Underpinnings like the engine and 6-speed gearbox, braking set-up, suspension hardware and even the tyre sizes are common to all Zontes machines coming to India. The 348cc liquid-cooled, single-cylinder engine is good for 38hp at 9,500rpm and 32Nm of torque at 7,500rpm. Braking duties are handled by a 320mm disc up front and a 265mm disc at the rear paired to a dual-channel ABS unit.

But details about the suspension are where things start to get a little confusing. The company’s press release states all models will get a telescopic front fork, but the images released show all bikes sporting a USD front fork. It remains to be seen which fork the production-spec bikes are launched with.

Ground clearance figures are nearly identical standing at 152mm for the 350R and 350X, while the GK350 sits slightly lower at 151mm. The 350T and the 350T ADV, meanwhile, boast of a 173mm ground clearance figure, which aren’t exactly category-leading numbers but aren’t shoddy either. The 350R, 350X and the GK 350 feature identical seat height figures at 795mm, while the touring focused 350T and 350T ADV feature a saddle height of 830mm.

Fuel tank sizes are also shared between the 350T, 350T ADV and the 350X standing at 19 litres each which should endow them with a near-300km range between fill-ups. The GK350 features a 17-litre tank, which is an unusually large tank size for a cafe racer of this displacement. The 15-litre fuel tank found on the 350R is the smallest of all Zontes machines launched in India.

These large tanks contribute in part to the hefty kerb weights of these machines with the lightest of the lot, the 350R, tipping the scales at 180kg. Following that is the 350X coming in at 185kg, but the heaviest of the trio is the GK350 weighing a portly 188kg, despite its stripped-down cafe racer styling. Kerb weights for the 350T and 350T ADV have not yet been revealed.

Features like a full-colour TFT screen complete with smartphone connectivity, full LED lighting and two USB charging ports are common across the range as well. Zontes also offers keyless ignition and a tyre pressure monitoring system, which are features we haven’t seen before on motorcycles at this price point. Dedicated buttons have been provided on the switchgear to access the fuel tank, underseat space as well as to lock the handles on these machines. 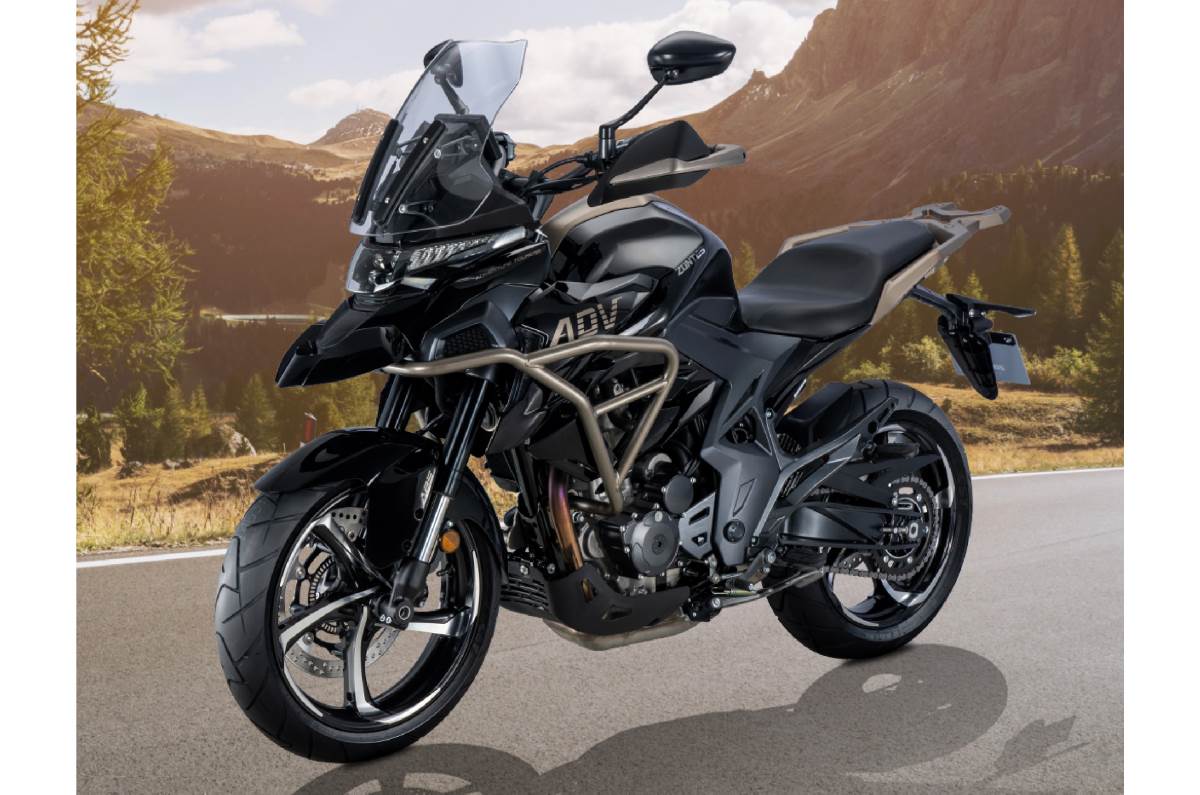 While pricing is yet to be announced, given the amount of features on offer, we expect the Zontes bikes to sit at the premium end of the market costing between Rs 3.5 lakh and Rs 4 lakh. Zontes certainly has its work cut out for them facing competition from several brands in this sub-Rs 4 lakh category. Expect competition from the likes of established players such as KTM, BMW, Honda, TVS and Royal Enfield when the Zontes bikes make their way to dealerships.

Would you consider going for the Zontes models, when launched, over its rivals? Let us know in the comments section below.